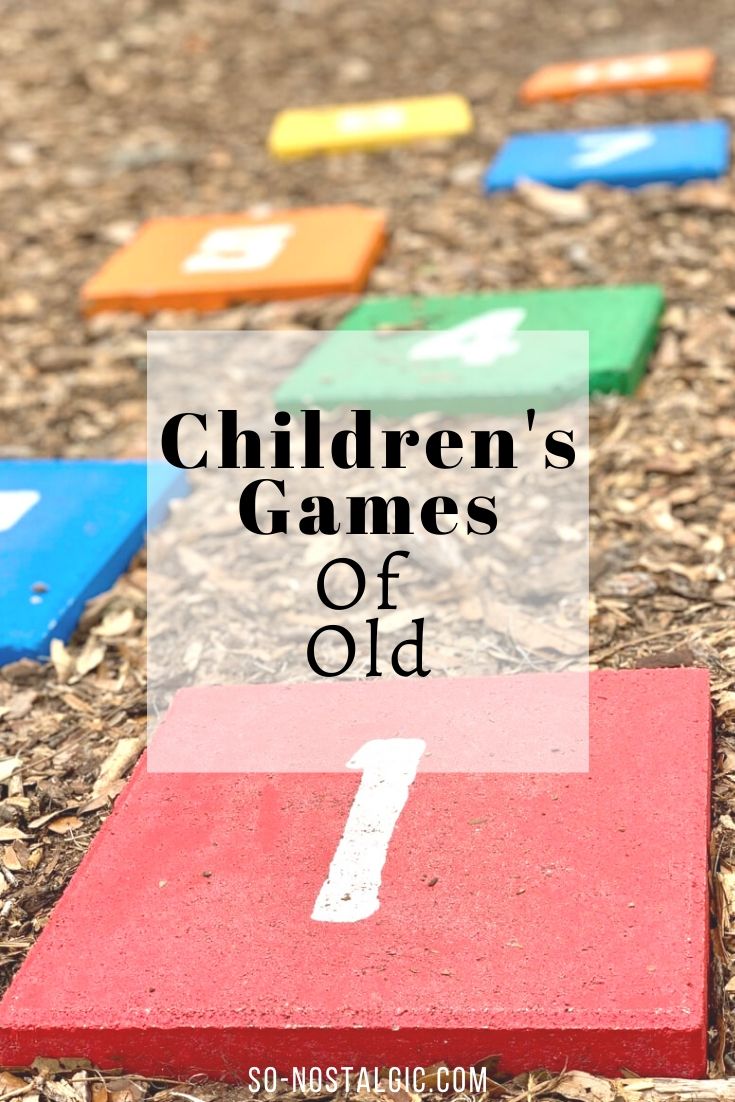 Last weekend we went to a child’s party. It was actually being held in a sports hall. And there were all sorts of games and food and balloons, just as you may expect. But when one of the adults suggested playing the traditional party game of ‘musical chairs’ the children all reacted with a bit of a ‘meh’. It turned out they didn’t really know how to play. Which got me thinking of all the children’s games of old they’d probably turn their noses up at!

A party wasn’t a party without musical chairs. But what other games have the young ones of today been missing out on? They would much rather play on their tablets and with electronic games that play the party games that we grew up with.

I used to love pass the parcel. But these days you have to make sure that there is a prize in every layer or the kids don’t want to know. We never had to deal with that in the 70s and 80s. Plus, it wasn’t a game unless one of the layers was completely smothered in sellotape so nobody could open it!

I don’t know any child that can stand still for a second, let alone the freeze action necessary for musical statues. Ditto Sleeping Lions.

I actually noticed that my daughter’s school playground has a hopscotch board painted out on it in lovely rainbow bright colours. But how many children actually know how to play it these days? Think it is more for decoration these days…

There were actually a lot of games that involved throwing a dice and having to throw a six before you could progress to the next task. No, not board games like Monopoly! One I will always remember is having to don gloves, a scarf and a hat before sitting and eating a bar of chocolate with a knife and fork. You relied on luck to get any further than putting your gloves on before some other lucky git threw a six too and you had to forfeit!

Games For Letting Your Mates Win

There was always the particularly harsh brand of games where whoever was in charge could just let their mates win all the time and thus ensure that their gang ran the game the whole of recess.

A particular favourite in the late 70s was a game I cannot remember the name of, but one person stood at one end of the playground whilst the other players asked to move a certain number of moves. These were allocated on the whim of the person running the game. They always let their mates have huge ‘lamppost steps’ (long strides) whilst giving those they didn’t want to win (i.e.-me) ‘fairy steps’ (tiny steps) thus ensuring only their mates ever won. Strange why we all joined in really, but thus is the nature of the playground.

The Games That Were Always Banned

Which leads me finally on to that particular breed of children’s games of old – the one that got banned.

You’ll know the one. It was too rough, too dangerous (yes, that even happened occasionally in the 70s!) The one that had the urban myth about the time Bobby Smith broke his jawbone playing it.

Bulldog was the one that I do recall getting banned in the first week the teachers found out about it.

Maybe I should organise a revival.